Reward Increased in the Unsolved Homicide of Ace Lucas

Reward Increased in the Unsolved Homicide of Ace Lucas

The Cleveland Division of the FBI—Canton Resident Agency, and the Canton Police Department, announce an increase of reward money in the unsolved homicide of Ace Lucas, 19 months old, of Canton, Ohio.

At approximately 2:30 a.m. on July 22, 2020, Ace was sleeping on a couch in his home on Clarendon Avenue SW, Canton, Ohio, when an individual(s) fired multiple shots into the home. Ace was fatally struck by the gunfire.

Law enforcement continues to seek assistance from the public on the identity of the individuals captured on surveillance video and believed to be responsible for the shooting. Information can remain anonymous and can be provided to the Canton Police Department at 330-489-3144 or the FBI at 216-622-6842. Tips will remain confidential and can be provided anonymously. Up to $25,000 is being offered for information leading to the successful identification and prosecution of the person(s) responsible. 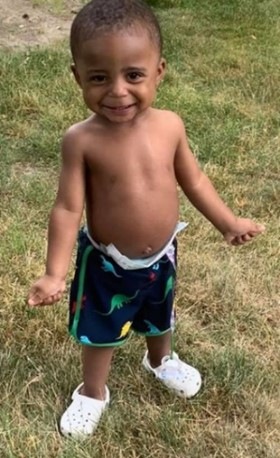