The FBI Chicago Field Office presented community activist Andrew Holmes with the 2016 FBI Director’s Community Leadership Award (DCLA). He was selected by the Chicago Field Office for his dedication and leadership in local communities, which has helped law enforcement fight violent crime throughout the Chicago area and northwest Indiana. Mr. Holmes is often seen on the streets of many Chicago neighborhoods working as a rapid responder to help generate tips and leads, working with law enforcement, and circulating community alerts in an effort to locate victims of human trafficking. He is the president of Operation Restoring Innocence and a 2014 FBI Chicago Citizens Academy graduate.

“Mr. Holmes’ tireless efforts have made him a valuable resource for law enforcement as it works to combat the violence plaguing the Chicago area,” said Michael J. Anderson, special agent in charge of the FBI Chicago Field Office. He presented Mr. Holmes with the 2016 DCLA today during a lunchtime ceremony.

This spring, Mr. Holmes will join the DCLA recipients selected by other FBI field offices across the nation at an awards ceremony to be held in Washington, D.C., where he will be personally recognized and honored by FBI Director James B. Comey. The DCLA award was established in 1990 as a way to honor individuals and organizations for their efforts to prevent crime, terrorism, drugs, and violence and to further law enforcement efforts in their communities. 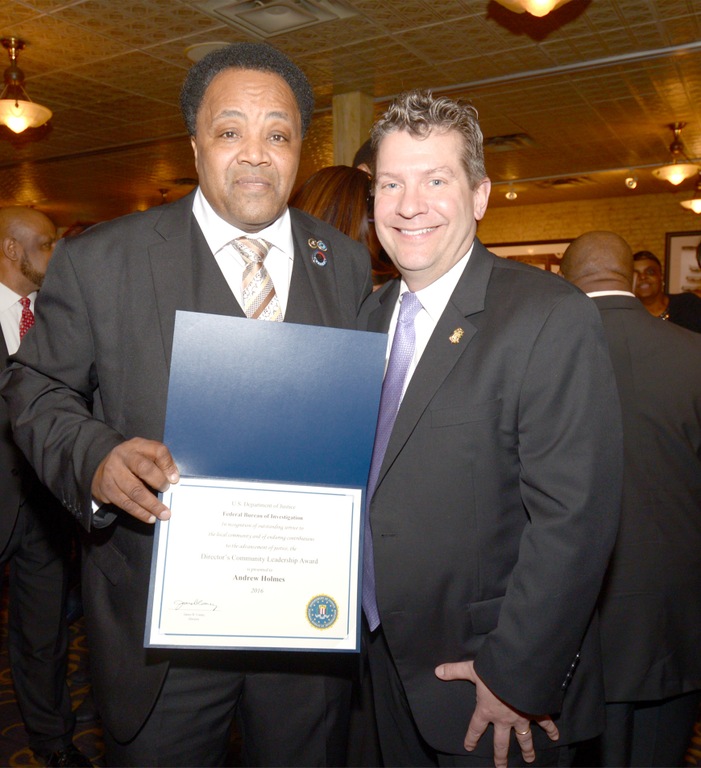