“Task Force Officer T.J. Waddell’s work directly led to the completion of numerous joint local, state, and federal operations. His efforts helped us take some of the most dangerous offenders off the streets. The FBI is honored to partner with the Wilmington Police Department and many other law enforcement agencies to dismantle the gangs responsible for criminal activity across our state,” said John Strong, Special Agent in Charge of the FBI in North Carolina.

“We are extremely proud of the work that Corporal T.J. Waddell has accomplished as a member of the FBI Task Force. Our community is safer because of his continuous work in this unit. The FBI is an essential part of our efforts to rid our community of gang violence. We applaud the efforts of this task force and look forward to its continued success,” said Ralph Evangelous, Wilmington’s Chief of Police. The FBI has Safe Streets Task Force operations across the state located in Charlotte, Greensboro, Raleigh Wilmington, Asheville, and Fayetteville. Each task force is comprised of dozens of federal, state, and local law enforcement agencies that investigate violent crime—specifically gang related crimes. 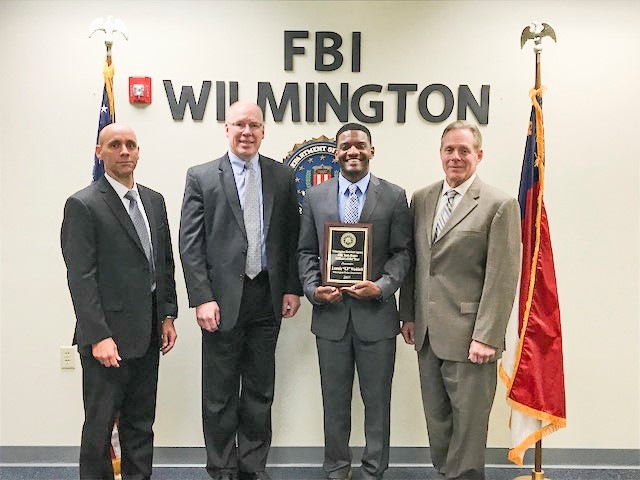