The Charlotte Division of the FBI is launching an advertising campaign across the state to raise awareness about federal hate crimes and to encourage the public to report them to the FBI.

A hate crime is a traditional offense like murder, arson, or vandalism with an added element of bias. The FBI defines a hate crime as a “criminal offense against a person or property motivated in whole or in part by an offender’s bias against a race, religion, disability, sexual orientation, ethnicity, gender, or gender identity.”

Hate crimes are the highest priority of the FBI’s civil rights program because of the devastating impact they have on families and communities. Hate crimes are not only an attack on the victim—they are meant to threaten and intimidate an entire community. Hate itself is not a crime—and the FBI is mindful of protecting freedom of speech and other civil liberties.

The public awareness campaign in North Carolina is part of a nationwide effort coordinated through FBI Headquarters in Washington, DC. The national campaign includes billboards, social media, gas station pump ads, radio, TV, and bus advertisements. In North Carolina, you might see the ads in your social media feeds, on news websites, on buses, and in several airports.

“No one should be afraid of being targeted by an act of violence based on how they look, where they’re from, or any part of their identity. Hate crimes have no place in our country, our state, or our communities. We encourage victims to report hate crimes to the FBI. It’s sickening to know that some people are afraid to walk down the street, we want to change that and need help from all of you,” said Robert R. Wells, special agent in charge of the FBI Charlotte Division.

If you believe you are victim or a witness of a hate crime, we encourage you to report it to the FBI by calling 1-800-CALL-FBI or submitting a tip at https://tips.fbi.gov/ 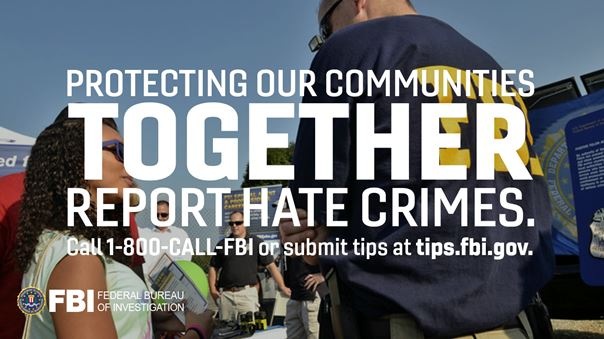 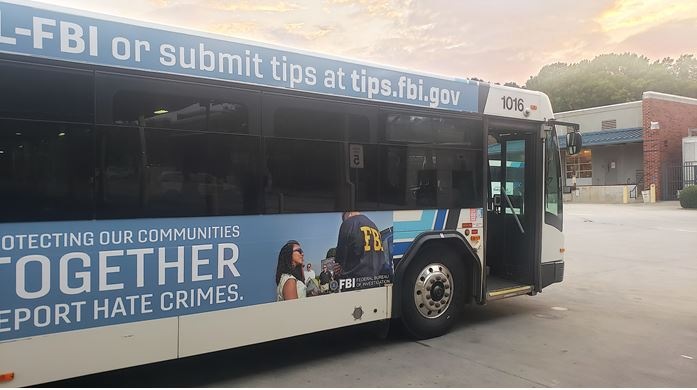