The United Against Hate initiative seeks to directly connect federal, state, and local law enforcement with traditionally marginalized communities in order to build trust and encourage the reporting of hate crimes and hate incidents. Attorney General Merrick B. Garland recently announced the nationwide launch of the initiative and its expansion to all 94 U.S. Attorneys’ Offices over the next year.

“The Justice Department is committed to marshaling all resources at its disposal to hold people who engage in unlawful acts of hate accountable,” said Assistant Attorney General Clarke. “Through United Against Hate, we are bringing together community groups, local leaders and law enforcement at every level to build trust and strengthen coordination to combat unlawful acts of hate. Our communities, schools, workplaces, houses of worship and homes are all safer when we stand unified in the fight against hate.”

“The horrific events of May 14 took the lives of 10 members of our community because of their race, just because they were Black,” said U.S. Attorney Ross. “This type of race-based hate is unacceptable and will not be tolerated in this community or in our society. This community has shown that hate will not be accepted, through our actions in the days, weeks and months that followed, when our entire community stood together to send the message that hate will not win. The United Against Hate initiative will bring federal, state and local law enforcement together with those communities that are most vulnerable to becoming victims of hate crimes or hate incidents, while at the same time holding those who commit these acts accountable for their behavior. Together, we will continue to send the message that every person deserves to feel safe in their own community and that hate will not be tolerated.” 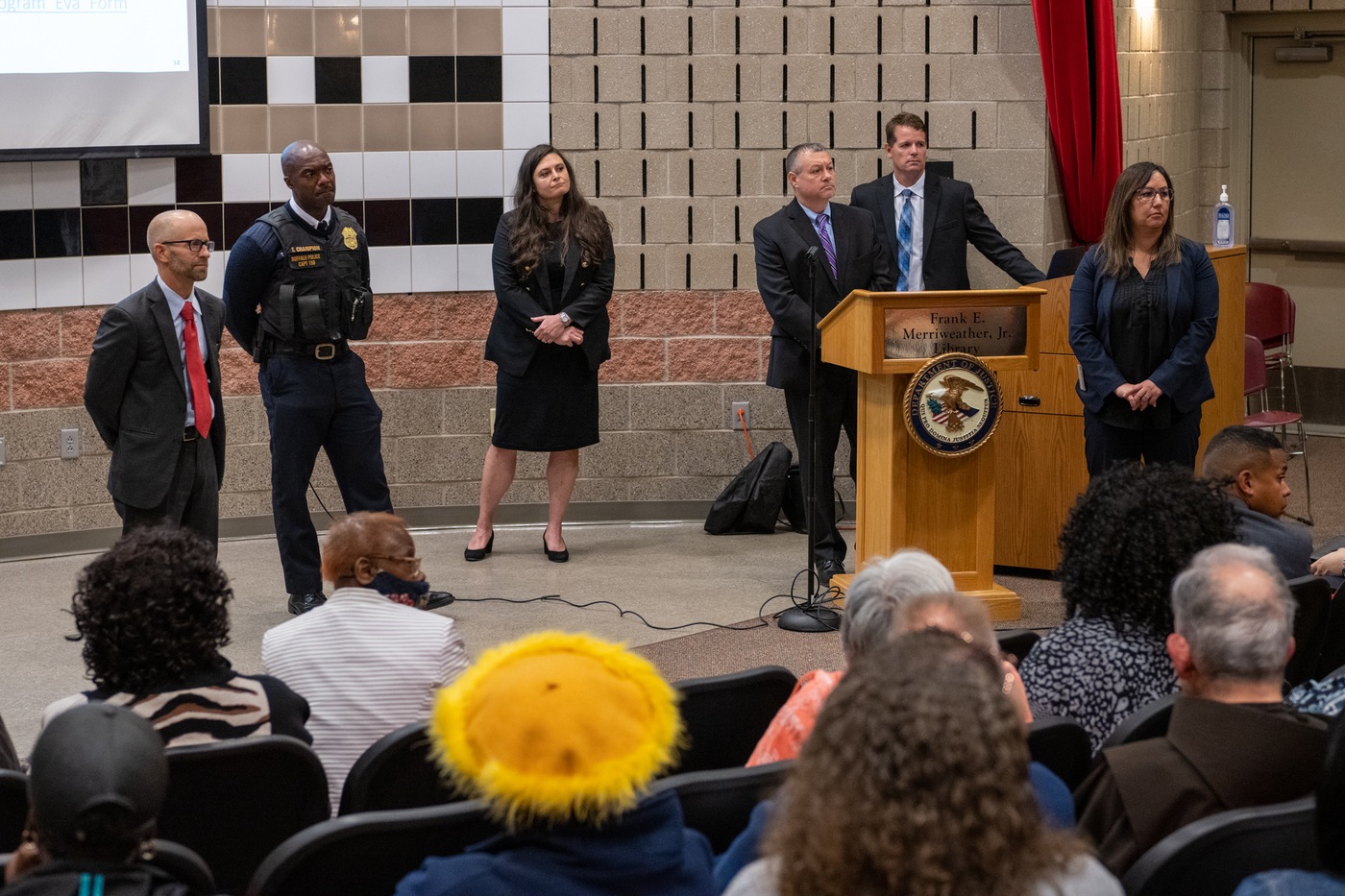 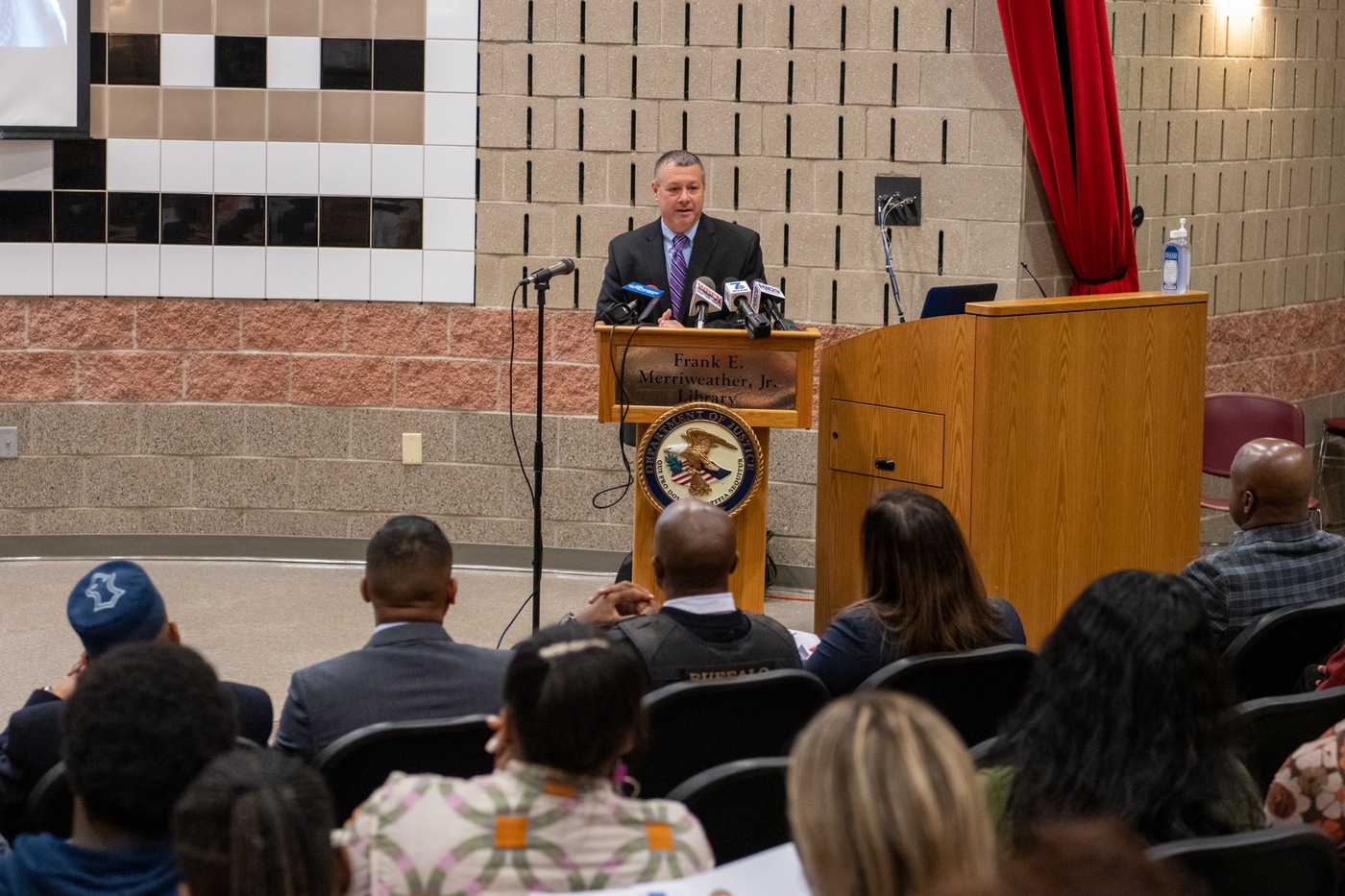 “Our goals are simple: to be better informed about hate crime issues and to successfully work together to combat these crimes,” said FBI Acting Special Agent in Charge Darren Cox. “No one should be afraid to go to school, the grocery store, or their church because of the color of their skin, religious beliefs, origin, sexual orientation, gender, gender identity or disability.”

Through using hypothetical scenarios and video clips depicting real-life hate crime cases and stories, the presenters emphasized the importance of reporting unlawful acts of hate. They also highlighted differences between hate crimes versus hate incidents and provided options for responding to hate incidents when situations do not constitute a federal or state crime. Presenters also distinguished unlawful conduct from protected First Amendment activity, including identifying protected speech versus speech that advocates violence or encourages people to commit hate crimes.

As part of its United Against Hate programming, the U.S. Attorney’s Office will engage with communities across the Western District of New York to deepen connections with those communities, further hate crimes prevention efforts, and encourage more people to report hate crimes and hate incidents.

The nationwide launch of United Against Hate follows a successful pilot of the program last spring by three U.S. Attorneys’ Offices — New Jersey, Massachusetts, and the Eastern District of Washington. Attorney General Merrick B. Garland announced the conclusion of the pilot for the United Against Hate program at a Justice Department event in May commemorating the one-year anniversary of his memorandum on improving the department’s efforts to combat unlawful acts of hate and the enactment of the COVID-19 Hate Crimes and Khalid Jabara-Heather Heyer NO HATE Acts.