$10,000 Reward for Information Leading to the Location of Missing Person John Bui Tran

The Federal Bureau of Investigation Boston Division, the Boston Police Department, and the Randolph Police Department are investigating the suspicious disappearance of John Bui Tran and are asking for the public’s assistance in locating him or his remains.

The FBI is offering a reward of up to $10,000 to anyone with information leading to Tran’s whereabouts.

Tran was last seen on April 2, 2005 at a party on Mitchell Street in Randolph, Massachusetts.

Tran is an Asian man with black hair and brown eyes. At the time he went missing, he was 28 years old, approximately 5’4” in height, and weighed approximately 130 pounds.

Tran was born in Saigon, Vietnam on November 11, 1976. He is a naturalized U.S. citizen who moved from West Covina, California, to Dorchester, Massachusetts, in the summer of 2004 to attend Quincy College on a part-time basis. He majored in liberal arts with the goal of writing screenplays for movies and television. He lived on Church Street in Dorchester and was employed at a pet supply store in Quincy and routinely donated blood through the American Red Cross. Tran was often seen on his bicycle, carrying a dark-colored backpack.

There have been no reported sightings of or contacts by Tran since his suspicious disappearance. The FBI is offering a reward of up to $10,000 for information leading to the successful resolution of this missing person case.

A missing person poster which includes new photos and an age-progressed photo to 45 years can be found here.

“Mr. Tran’s family deserves to know what happened to their loved one, and we believe someone in our community possesses the critical clues. The FBI is offering a substantial reward to anyone who may have information, no matter how minor, that will help us close this case and provide his family with the answers they deserve,” said Joseph R. Bonavolonta, Special Agent in Charge of the FBI Boston Division.

“John Bui Tran was reported missing to the Boston Police Department 16 years ago, and we continue to work with our law enforcement partners to locate him,” said Boston Police Department Superintendent Paul R. Donavan. “We are asking anyone with information about the circumstances that lead to his disappearance, or his present location, to come forward and report it to us.”

Randolph Police Chief Anthony Marag added, “Sixteen years ago, John Tran vanished. Despite the passage of time, we have not given up on finding him. Together with the FBI, we are continually re-examining this case and aggressively going after every single piece of credible information that could help bring John home to his family.”

Chien Nguyen, a close friend of the family who grew up with Tran, added “It’s very difficult knowing that John’s out there and not knowing where he’s at, or what happened to him, it’s very difficult. We need closure basically. John’s never left my mind, he’s always been in my heart, and I’ve always thought about him since all this has happened.”

John Tran was last seen on April 2, 2005 at a party on Mitchell Street in Randolph, Massachusetts, before he vanished without a trace.

Chien Nguyen, a friend of John Tran, who went missing in 2005 in Randolph, Massachusetts, talked to the Boston FBI and police about Tran in hopes that it will help generate clues about his friend's disappearance. 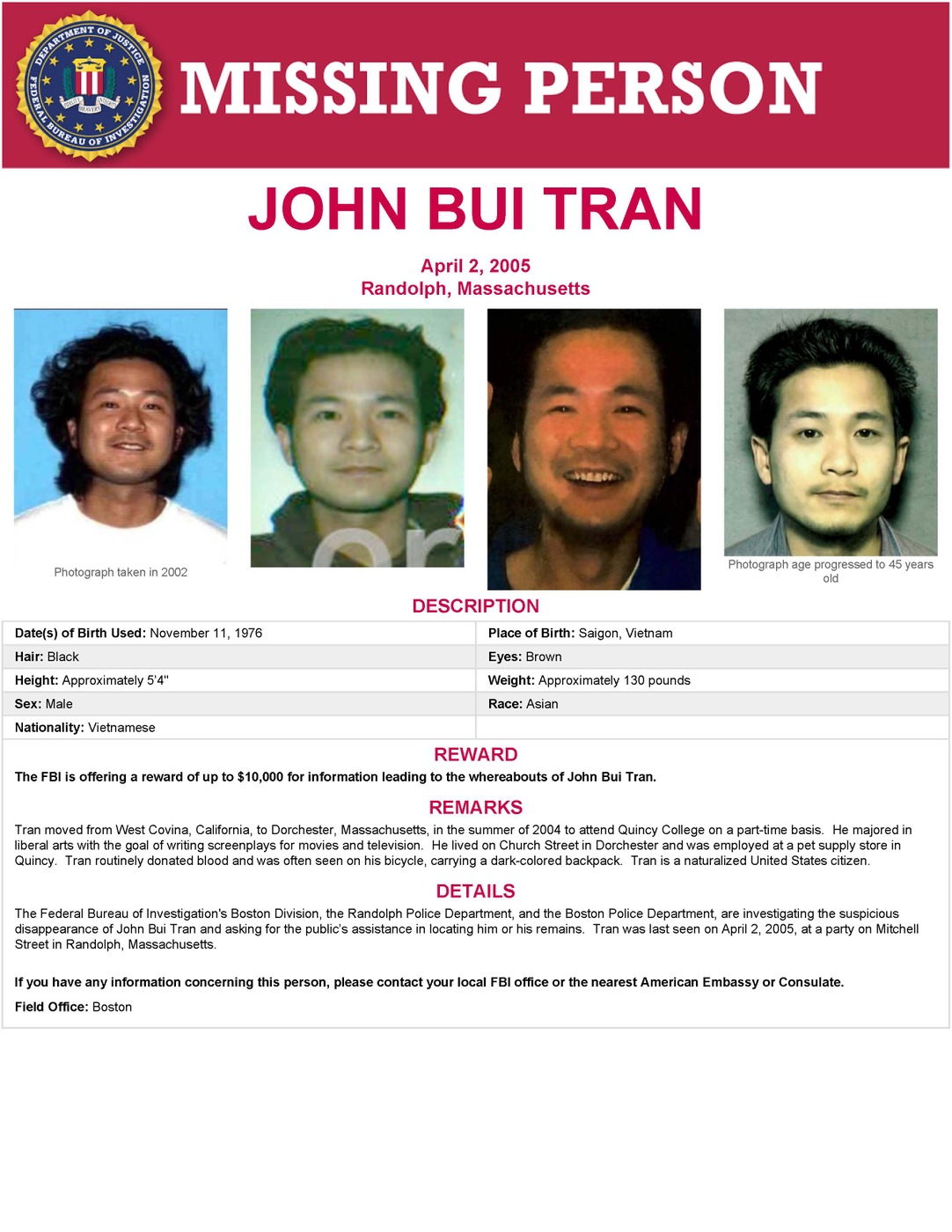 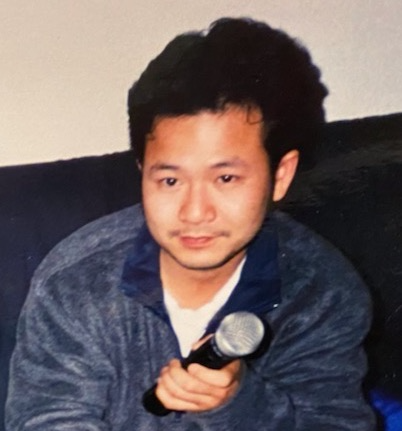 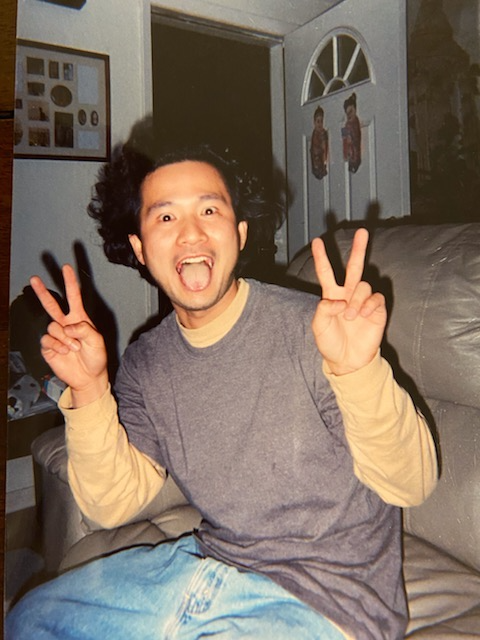 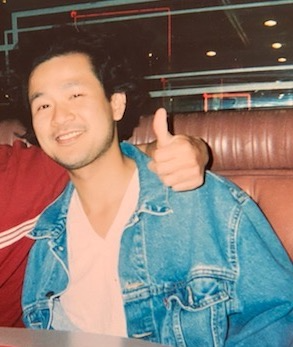