The FBI, the United States Attorney’s Office for the District of Maine, and the Portland Police Department are proud to announce the successful recovery of the remaining two N.C. Wyeth paintings that were stolen from a Portland, Maine businessman in 2013. The paintings are identified as “The Encounter on Freshwater Cliff” and “Go Dutton, and That Right Speedily.” To date, no reward money has been requested and no additional arrests have been made. However, the FBI’s investigation into the theft remains active and ongoing.

The FBI recovered both of the paintings on Friday, October 9, 2015, when a third party surrendered them to retired FBI agent Jim Siracusa in the greater Boston area. That individual, who wishes to remain anonymous, directed Mr. Siracusa to turn the artwork over to the FBI, which for months has been aggressively working towards its successful recovery.

Both paintings were found in good condition inside cardboard boxes and in their original frames.

The four other paintings that were stolen were recovered by the FBI in Los Angeles last December.

The criminal investigation into the robbery was initiated in June 2013 after the Portland Police Department requested the FBI’s assistance in investigating the theft of six N.C. Wyeth paintings. It is believed to be one of the most significant thefts in the history of the state of Maine.

In November 2014, after a lengthy investigation, the FBI in Portland requested assistance from the FBI in Los Angeles after it obtained information indicating the stolen paintings had been transported to that area. In December, the FBI’s Los Angeles Division recovered four of the paintings at a pawnshop in Beverly Hills. To date, three individuals, Lawrence Estrella, Oscar Leroy Roberts, and Dean Coroniti, have been charged in connection with this investigation.

Estrella, 65, of Worcester, Massachusetts, pleaded guilty to Interstate Transportation of Stolen Property on February 20, 2015. He was sentenced in the United States District Court in Portland, Maine to 92 months in prison to be followed by three years of supervised release. According to court records, Estrella transported four of the six stolen paintings to California in an effort to sell them. Law enforcement officers in California located his vehicle in the parking lot of a hotel in North Hollywood. Estrella’s room at the hotel was searched and a firearm was located, but no paintings were found.

Roberts, 37, of North Hollywood, California, the man who used the stolen paintings to secure a loan from the Beverly Hills pawn shop, pleaded guilty on February 2, 2015 and was sentenced on April 29, 2015 to serve 28 months in federal prison.

Coroniti, 55, also of North Hollywood (and formerly of Boston) also pleaded guilty to possession of stolen property on March 19, 2015. He is scheduled to be sentenced in December.

At the owner’s request, the recovered artwork will remain in possession of the Portland Museum of Art for visitors to enjoy. For more information about the upcoming exhibit, call 207-775-6148 or visit www.portlandmuseum.org. 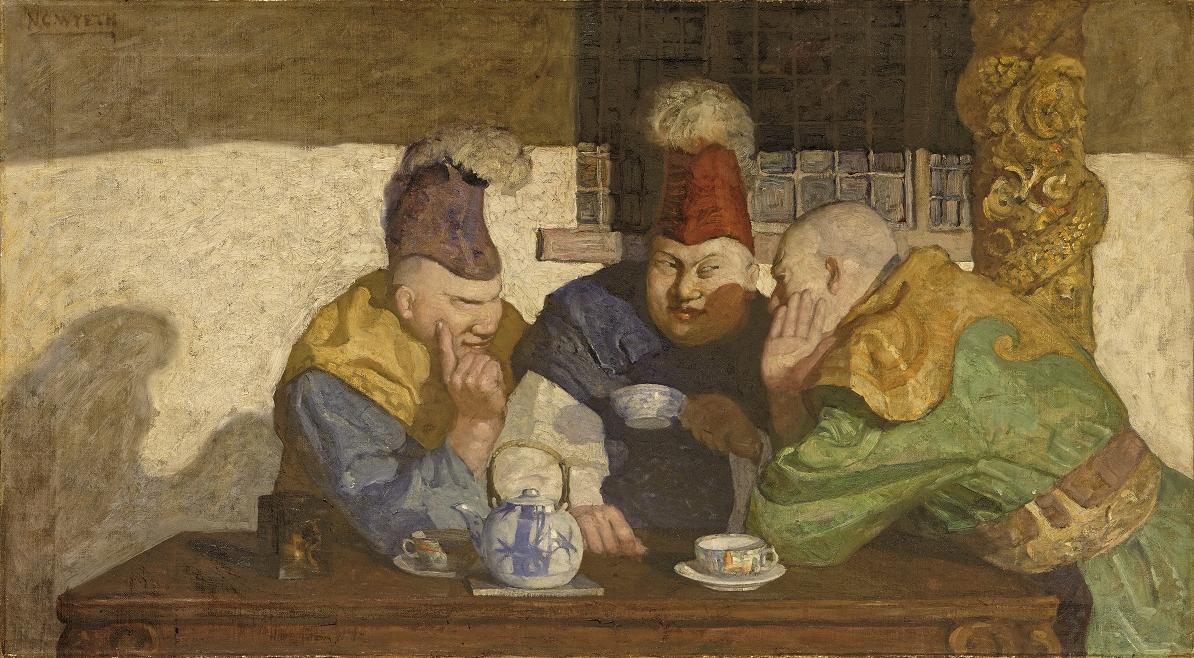 “A Touch from Michael’s Knife”

“Go Dutton, and That Right Speedily”

“The Encounter on Freshwater Cliff”

To recover stolen items and prosecute art and cultural property crime, the FBI has a specialized Art Crime Team of 16 special agents supported by special trial attorneys. The team investigates theft, fraud, looting, and trafficking across state and international lines, with estimated losses in the billions. The FBI also runs the National Stolen Art File, a computerized index of stolen art and cultural properties that is used as a reference by law enforcement agencies worldwide.