FBI Announces $10,000 Reward for Information Leading to the Arrest and Conviction of Fugitive Melchor Datu

FBI Announces $10,000 Reward for Information Leading to the Arrest and Conviction of Fugitive Melchor Datu

The Boston Division of the Federal Bureau of Investigation’s Child Exploitation-Human Trafficking Task Force is asking for the public’s assistance in locating longtime fugitive Melchor Datu, formerly of Lynn, Massachusetts, who is wanted for possession of child pornography and rape of a child with force.

The FBI is offering a reward of up to $10,000 to anyone who can provide information leading to Datu’s capture and conviction.

Datu is an Asian male with brown eyes and would now be 50 years old. At the time of the alleged crimes, he had black hair, weighed approximately 140 pounds, and was approximately 5’3” tall with a scar under one eye. His last known residence was on Estes Street in Lynn, Massachusetts where he was a handyman, skilled at performing a wide range of repairs and maintenance work.

Datu was born on January 27, 1971 in Butuan, the Province of Agusan del Norte in the Caraga region of the Philippines. He was adopted as an infant and immigrated to the United States with his parents in the 1980s. Datu speaks English and is also fluent in Tagalog. His aliases include: Melchor Juico Datu; Melchor Luico Datv; Javier Sanchez, Xavier Belcher, and Fred Datu.

Investigators have determined that Datu left Massachusetts on December 17, 2008. He traveled to New York and took a flight to Florida from which he then flew to Haiti. He was last known to be in the Dominican Republic in 2009. He also has family in New York and the Philippines.

The public is being asked to review Datu’s wanted poster which includes new photographs, including an age-progressed photo of him at 50-years-old.

An international publicity campaign will also be launched with targeted publicity in the countries to which Datu has been tied. The public can play an active role in helping law enforcement find Melchor Datu by sharing links to his wanted poster and official social media content.

“The crimes for which Melchor Datu stands accused are disturbing and sickening and have robbed children of their childhood. The FBI will never waver in its commitment to protect our society’s most vulnerable, and that’s why we’re offering a reward of up to $10,000 for information leading to his capture and conviction,” said Joseph R. Bonavolonta, Special Agent in Charge of the FBI Boston Division. “We are asking anyone with information about Datu’s whereabouts to contact us. No amount of information is too small or irrelevant.”

The FBI is offering a monetary reward of up to $10,000 for information leading to the arrest and conviction of this individual. Anyone with information regarding his whereabouts should immediately call the FBI at 1-800-CALL-FBI (1-800-225-5324), their local law enforcement agency, or their nearest American embassy or consulate. Tips can also be electronically submitted at tips.fbi.gov. 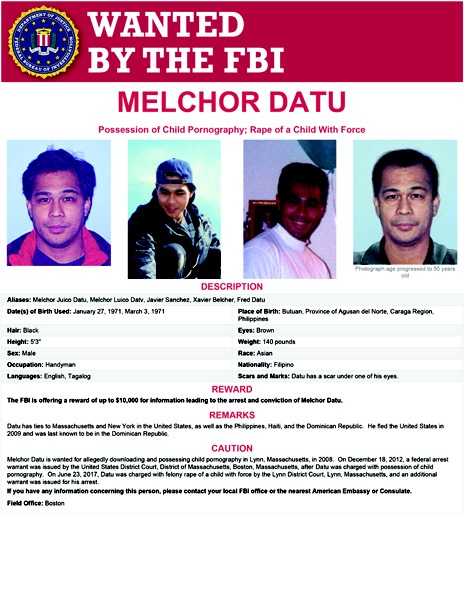 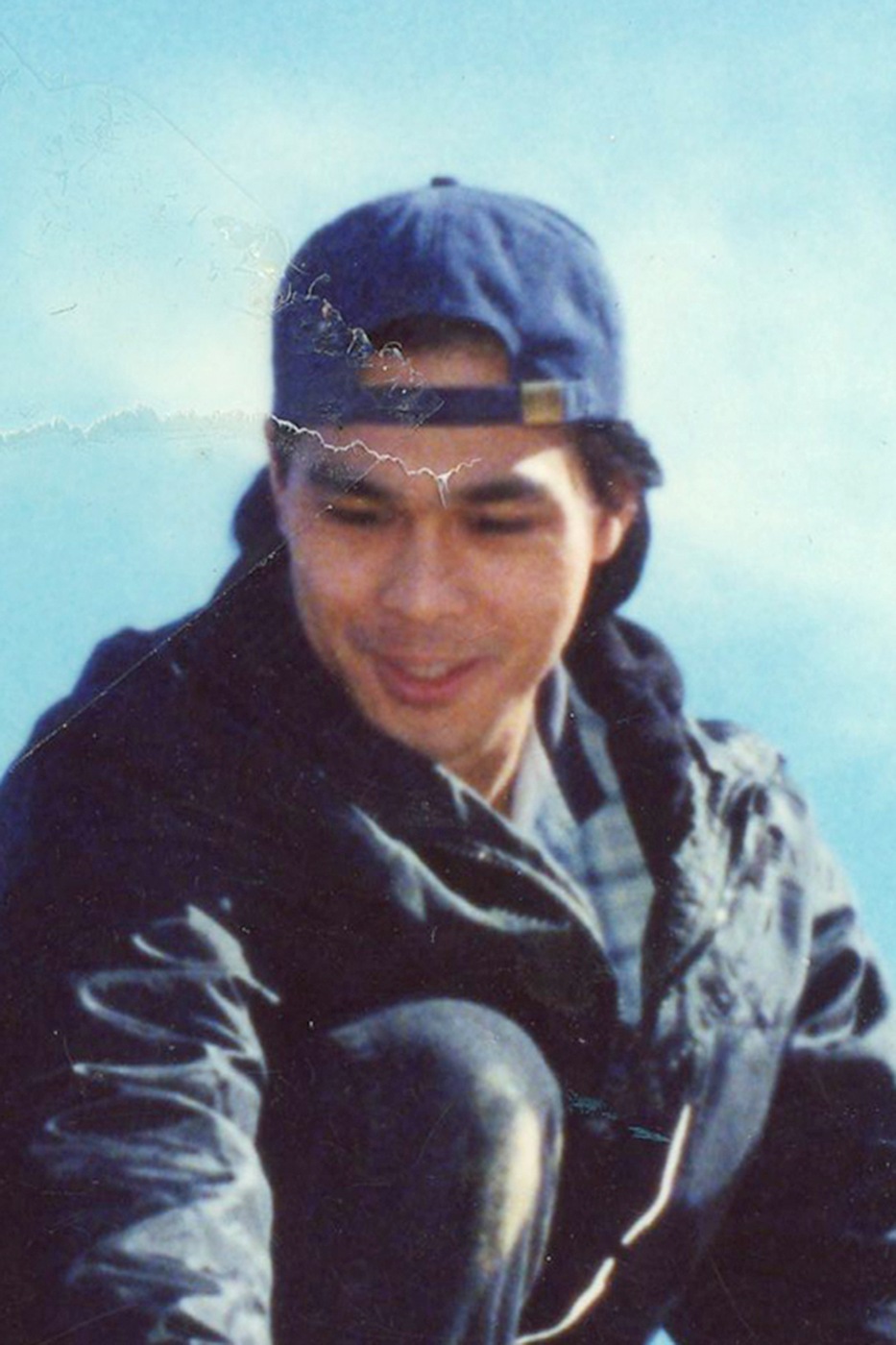 The FBI is offering a $10,000 reward for information leading to the arrest and conviction of fugitive Melchor Datu.