The Baltimore FBI and the Anne Arundel Police Department are renewing efforts for the public’s assistance tracking down a man wanted for murdering his young wife in a restaurant in Hanover, Maryland. The U.S. Attorney’s Office in Maryland has issued a federal warrant for unlawful flight to avoid prosecution for Bhadreshkumar Chetanbhai Patel in the murder of his wife Palak Patel. The Baltimore FBI is offering a reward of up to $20,000 for information leading to Patel’s arrest.

Detectives say both husband and wife worked at Dunkin Donuts restaurant at 7657 Arundel Mills Boulevard in Hanover, Maryland. They believe Bhadreshkumar Patel killed Palak in a back room just before midnight on April 12, 2015, with several customers in the front of the restaurant. Patel was born in India and was in the United States legally, but his VISA expired in March 2015.

Patel was last seen at a hotel in Newark, New Jersey on April 13. There is no indication Patel was able to legally leave the country. Investigators believe Patel may be receiving help from relatives and friends in the New Jersey area. 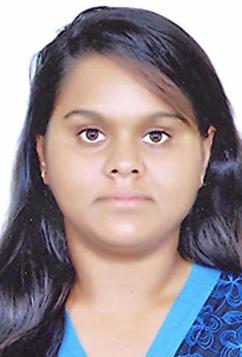 If you have any information about Patel or his whereabouts, you are asked to call 1-800-CALL-FBI. You could receive a reward of up to $20,000 for information leading to Patel’s arrest.