SMYRNA, GA—The FBI and Smyrna Police Department are asking for the public’s help identifying at least two suspects who robbed a Brinks armored car. One of the suspects was armed with an assault style rifle. Brinks is offering a $5,000 reward for information leading to the apprehension of the suspects.

On Friday, April 26, 2019, at approximately 1:50 p.m., the truck was robbed at 888 Concord Road, Smyrna, Georgia. Two men, one armed with the rifle, approached a Brink’s employee and demanded money. The employee’s handgun was stolen in addition to an undisclosed amount of cash. The suspects were seen fleeing in a getaway vehicle, described as a dark blue four-door sedan.

The suspect brandishing the rifle is described as a black male, with shoulder-length dreadlocks, about 6’0” tall, slim build, and wearing a mask with marijuana leaves on it. One of his arms is covered with a sleeve, but not the other, indicating he might be concealing a tattoo or scar.

The second suspect, seen in the photo carrying the cash and the employees handgun, is described as a black male, about 6’3” tall, wearing a partial mask and light-colored Nike baseball cap.

Anyone with information about the armed robbery is asked to contact Crime Stoppers at 404-577-TIPS (8477) or go to www.crimestoppersatlanta.org and submit a tip online. 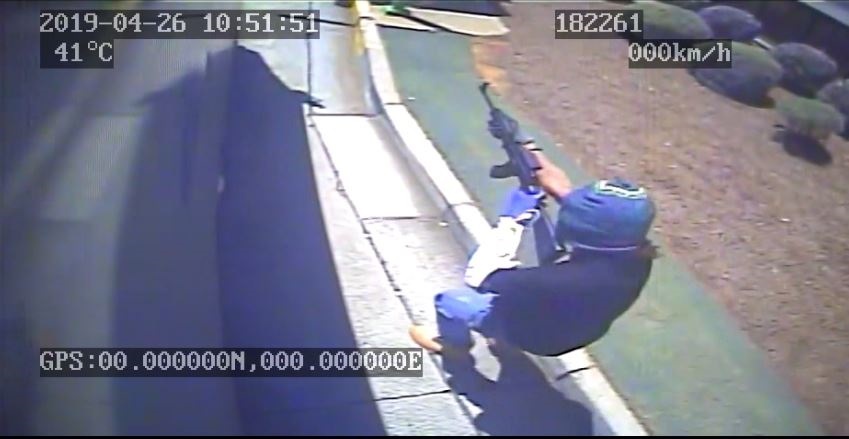 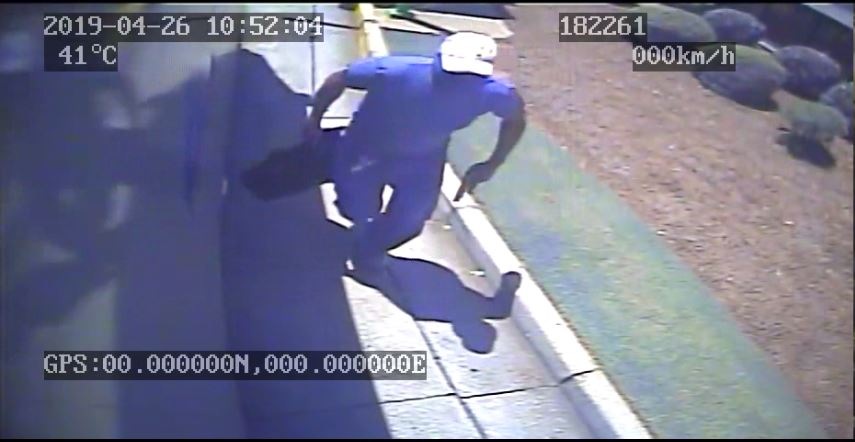