ATLANTA—The FBI led Atlanta Metro Major Offender (AMMO) task force is asking for the public’s help finding Larenzo Marcel Drayton, 26, of Atlanta who is wanted for murder by the Atlanta Police Department. Crime Stoppers is offering a reward for his capture.

Drayton is wanted in connection with a murder that happened during a home invasion that occurred on January 21, 2019, at 62 Harwell Road, Atlanta, Georgia.

After the shooting, Drayton fled the scene in a vehicle driven by a third suspect in the crime, G’Andre Wash. Wash is also charged with murder.

Drayton should be considered armed and dangerous. Anyone with information about Drayton’s location is asked to call Crime Stoppers Atlanta at 404-577-TIPS (8477).

The public should be reminded that the above are merely allegations and that all persons are to be considered innocent until proven guilty in a court of law. 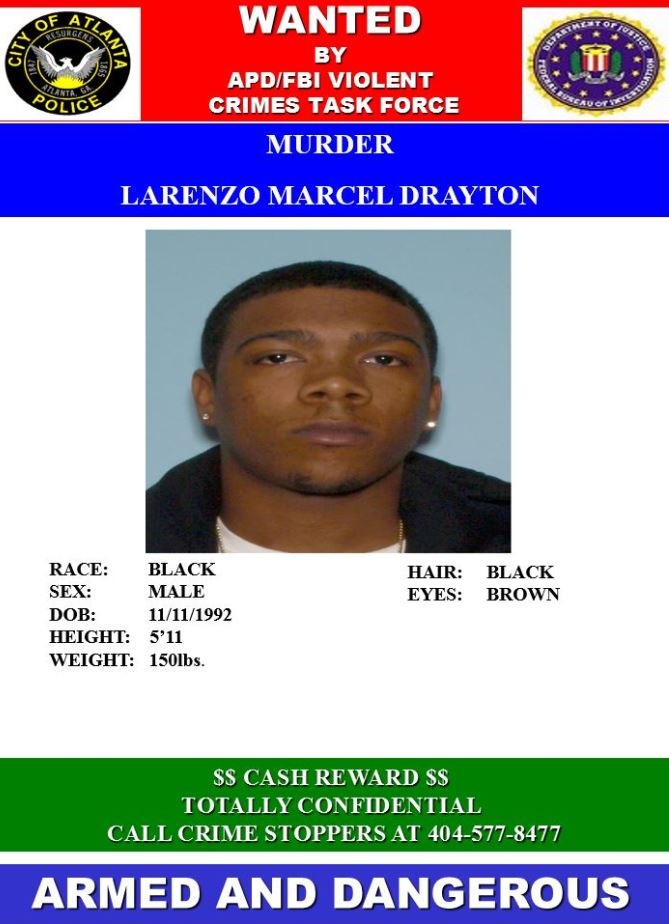