FITZGERALD, GA—The FBI has increased their reward for information leading to the arrest and conviction of the person(s) responsible for the death of Kasara Brown, age 24, of Fitzgerald, Georgia, to $10,000.

The murder case is being investigated by the Georgia Bureau of Investigation and Ben Hill County Sheriff's Office and the FBI is assisting in the case.

On September 15, 2019, Brown, the mother of a 4-year-old, who was eight months pregnant, was found dead at her home at 139 Laura’s Lane, Fitzgerald, Georgia. An autopsy determined that Brown died from multiple gunshot wounds.

Investigators believe Brown’s murder is gang related and she may have been mistakenly killed or killed to send a message.

In October 2020, the FBI offered a $5,000 reward but after more than 19-months no arrests have been made. The FBI is increasing the reward and urging anyone with information about Brown’s murder to call FBI Atlanta at 770-216-3000 or go to tips.fbi.gov. 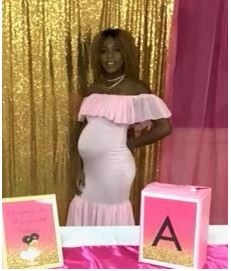