The FBI Atlanta arrested Greg Hampton, aka Greazy, age 32, of St. Louis, MO on May 17, 2017, as part of a St. Louis, Missouri FBI investigation. Hampton was seen departing a residence in College Park, Georgia in a vehicle driven by a female associate. The vehicle attempted to elude agents, but became stuck on railroad tracks at Roosevelt Avenue. The occupants of the vehicle, including Hampton, were safely removed from the vehicle as well as the vehicle from the railroad tracks.

Hampton was afforded his initial appearance in front of a U.S. magistrate judge in the Northern District of Georgia (Atlanta) where he will await extradition back to Missouri to face those charges.

The FBI continues to look for Travis Roberts, aka TJ, age 28, of St. Louis, MO and Darryl Black, age 26, believed to be from St. Louis as well. Both Roberts and Black are believed to be in the metro Atlanta area. 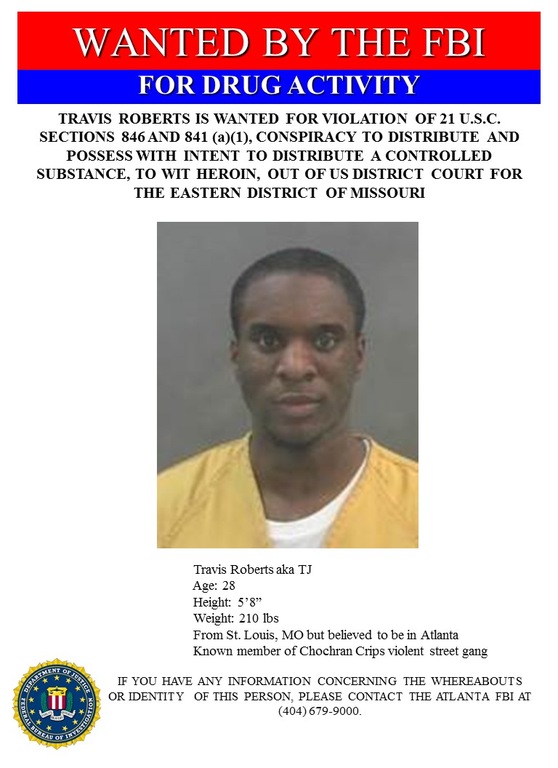 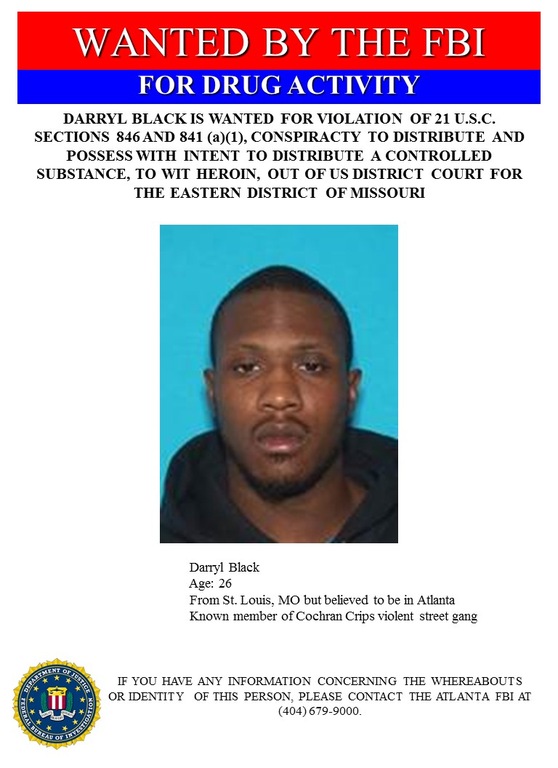