Bruce Young-Candelaria, president of the Hispanic-American Institute, is the recipient of the 2020 FBI Director’s Community Leadership Award for assisting the Albuquerque FBI Division with its investigation of a “Zoom bombing” incident during which child sexual abuse material was displayed.

Special Agent in Charge Raul Bujanda presented the award to Young-Candelaria during a ceremony at the Albuquerque field office on Friday, October 8, 2021.

Each of the FBI’s 56 field offices annually selects an individual or organization to receive this award, which recognizes contributions toward crime and violence prevention, education, and awareness programs and efforts to enhance cooperation between law enforcement and all citizens.

Young-Candelaria was with 32 colleagues and small business owners on a May 7, 2020, Zoom conference hosted by his national nonprofit when an unknown individual displayed a video portraying child sexual abuse material.

The moderator of the virtual meeting took down the video as quickly as possible, and the FBI was called to investigate.

Young-Candelaria agreed to media interviews in support of the FBI investigation, which at the time was part of a nationwide probe into more than 280 Zoom bombing incidents that displayed child sexual abuse material across the country and overseas.

“I am honored to have the opportunity to help the FBI in its effort to prosecute crimes against children, the most vulnerable of victims,” Young-Candelaria said.

Young-Candelaria dedicated his award to FBI Special Agent Laura Schwartzenberger, who was killed in the line of duty in Sunrise, Florida, while serving a federal search warrant in a crimes against children investigation. She joined the FBI in 2005 and first worked in the Albuquerque Field Office.

Young-Candelaria’s efforts highlighted the importance of cyber safety at a time when a record number of people were using online services to work and socialize during the COVID-19 pandemic.

He also has participated in FBI town hall meetings to discuss his experience.

“Bruce has been a true advocate for the FBI mission of protecting our community through increased awareness,” SAC Bujanda said. “I am proud to present this award in recognition for his efforts to make sure no one ever has to go through what he experienced.”

The FBI investigation into the Zoom bombing incident is ongoing.

The Hispanic-American Institute is a non-profit corporation dedicated to promoting social, educational, and economic development in Hispanic communities in the continental United States, Puerto Rico, and Latin America. More information can be found at: https://www.hainst.org/

Previous DCLA recipients can be found at: https://www.fbi.gov/about/community-outreach/dcla 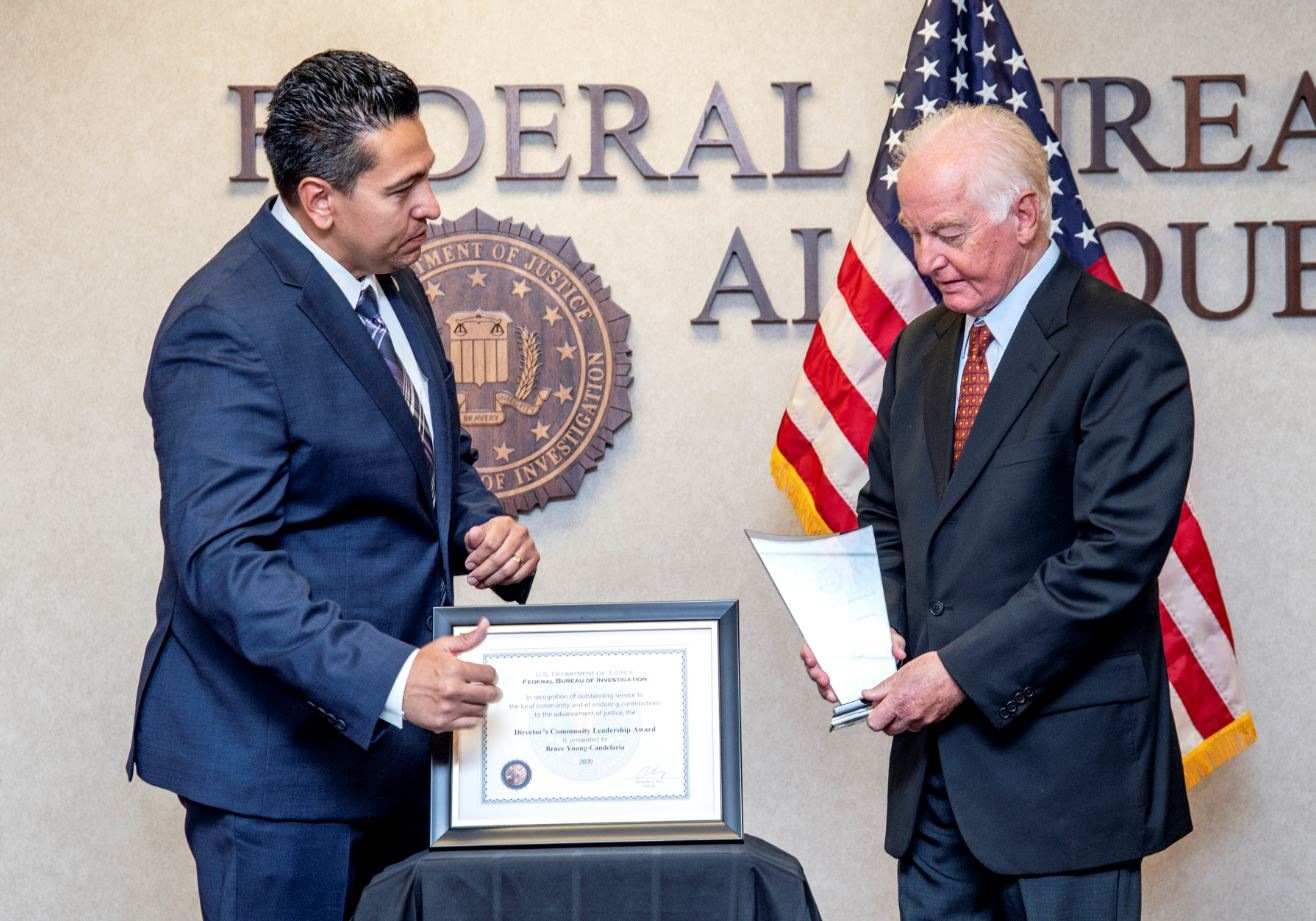