The FBI presented a special award to the Española Police Department today in recognition for its assistance in apprehending a fugitive wanted since 1977.

“The people living in this city are fortunate: Public safety is Job One for the Española Police Department, as it is for the FBI,” SAC Langenberg said. “That’s why our two agencies have developed a strong partnership, one that has produced positive results for public safety in Española and beyond. This award is proof that our partnership is working.”

EPD was honored for helping the FBI apprehend Luis Archuleta, a former Colorado resident wanted by the FBI on a charge of unlawful flight to avoid prosecution/confinement.

“We appreciate the chance to collaborate with our federal partners, and to give closure to the victims involved of this specific incident,” Chief Jimenez said. “We appreciate the diligence and dedication to all of the agencies involved. I would like to send a special thanks to our Patrol Lieutenant Abraham Baca who coordinated with the agencies and did the footwork on the patrol side to catch the fugitive.”

Archuleta, 77, had been residing in Española for approximately four decades under the alias Ramon Montoya.

In June 2020, EPD was contacted by a private detective from Denver who advised that he had located Archuleta living in Española under a false identity. The detective provided EPD with a packet of information he compiled about Archuleta.

Due to its close partnership with the FBI, the police department reached out to the FBI’s Santa Fe Resident Agency with this information the same day.

After further investigation, an FBI SWAT team arrested Archuleta at his residence on August 5, 2020.

EPD was the first department in Northern New Mexico to join the FBI’s Safe Streets Task Force and has dedicated one of its officers as a federal task force officer.

The FBI’s partnership with EPD has led to a number of successful investigations, arrests, and seizures in the Española Valley, operations that have made the city of Española, Rio Arriba County, and the adjacent Indian pueblos safer.

“The priority of the Española Police Department is to reclaim this beautiful valley for the citizens,” Chief Jimenez said. “The community is tired of the criminal element thinking the Española Valley is a safe haven for them to hide. This is the sort of effort our law enforcement agencies conduct day in and day out, and this is a great outcome for everyone involved, except for the fugitive.”

The FBI news release on Archuleta’s arrest can be found here: https://www.fbi.gov/contact-us/field-offices/denver/news/press-releases/colorado-fugitive-luis-archuleta-wanted-for-decades-apprehended. 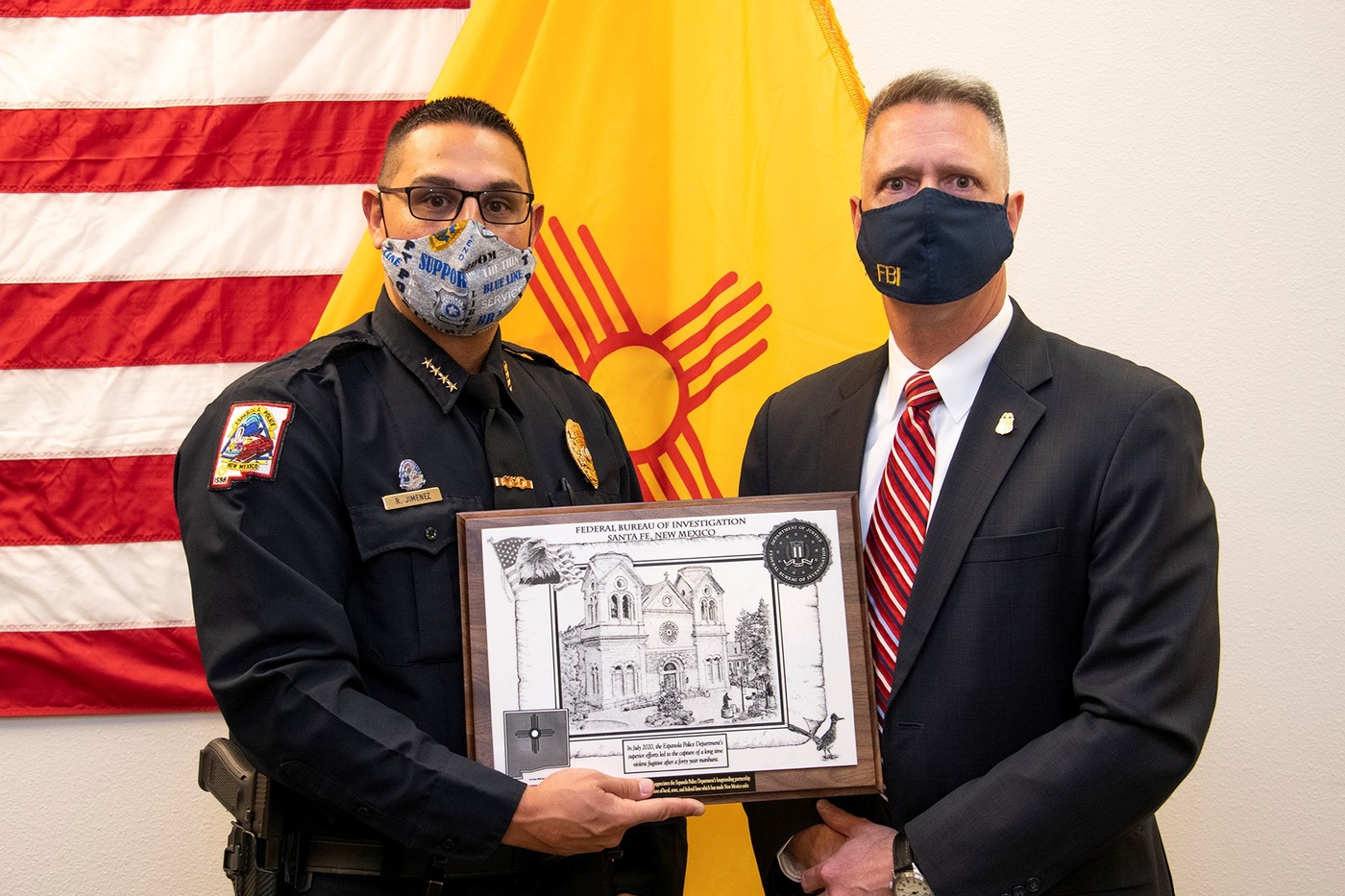