The Albuquerque FBI Division, joined by federal, state, and local partners, has announced a billboard campaign to spread the word violent criminals will be aggressively targeted for federal investigation and prosecution whenever possible.

The three billboards in areas of Albuquerque with heavy traffic depict a pair of hands in handcuffs with the words: “Gun Crime equals Federal Time. No parole.”

“This is not a slogan—it’s a promise,” Special Agent in Charge Raul Bujanda said during an outdoor news conference near one of the signs Wednesday, February 15, 2022.

“FBI special agents, intelligence analysts, the U.S. Attorney’s Office, and all our partners are ready, willing, and able to do everything they can to make sure those repeat armed offenders who have plagued the state system for too long are referred for federal prosecution,” SAC Bujanda said.

While federal adoption of cases initially charged at the state level is not new, the increase in violent crime in the Albuquerque area prompted the FBI to launch this public awareness campaign as a reminder and as a warning.

The billboards for the next 12 weeks will also display the FBI’s toll-free number the public can use to send tips: 1-800-CALL-FBI.

Numerous crimes for which an offender is arrested by police can be adopted into the federal system, including felon in possession of firearms or ammunition, drug trafficking, robbery or extortion that affects interstate commerce (Hobbs Act), and carjacking.

“Our simple message today is for dangerous criminals who are responsible for driving up violent crime in Albuquerque,” said Fred J. Federici, United States Attorney for the District of New Mexico. “And that message is that you should think twice if you are a convicted felon who chooses to carry a gun or are a criminal who is trafficking drugs or robbing people using a gun, because you could find yourself with a one-way ticket to federal court. This office vigorously enforces our federal laws, and we are resolved to both identifying the most dangerous criminal and determining the most just and efficient avenue for prosecuting them. We are committed to restoring the sense of safety the people of Albuquerque deserve.”

“This collaboration is exactly what New Mexico needs, and what our citizens deserve,” said Jason R. Bowie, Secretary of the New Mexico Department of Public Safety. “We will succeed in active, and rigorous prosecution of our most violent offenders, holding those responsible directly to the victims.”

“Gun violence is fueling the violent crime in our city, including 82% of the homicides in 2021 that were committed with firearms,” said Albuquerque Police Chief Harold Medina. “Strong federal laws have helped us keep offenders off the streets. I value the partnership we have with the FBI, the U.S. Marshals Service, ATF, and DEA to target offenders who use firearms to commit crimes in Albuquerque.”

“BCSO continues to invest in an ongoing relationship with our federal partners,” Bernalillo County Sheriff Manuel Gonzales III said. “New Mexico has a system in place that emboldens criminals and fails to protect the upstanding citizens of our communities. We are thankful for any case that gets prosecuted federally, as it is our only hope for violent offenders to serve time.”

A key element in the combined effort by federal, state, and local law enforcement is the FBI Violent Crime Gang Task Force, which was created in 2019.

State and local law enforcement members of the Task Force are deputized by the FBI to enforce federal statutes and present investigations to the U.S. Attorney’s Office for prosecution.

The unit has made almost 500 federal arrests, executed nearly 300 search warrants, and taken about 350 weapons off the streets.

“Some offenders might think twice if they realized the drug store they robbed, or the car they took at gunpoint, might wind up as a federal investigation,” SAC Bujanda said. “I had a high-ranking police officer tell me that when he worked the streets, many of the people he arrested were terrified of being handed over to the feds." 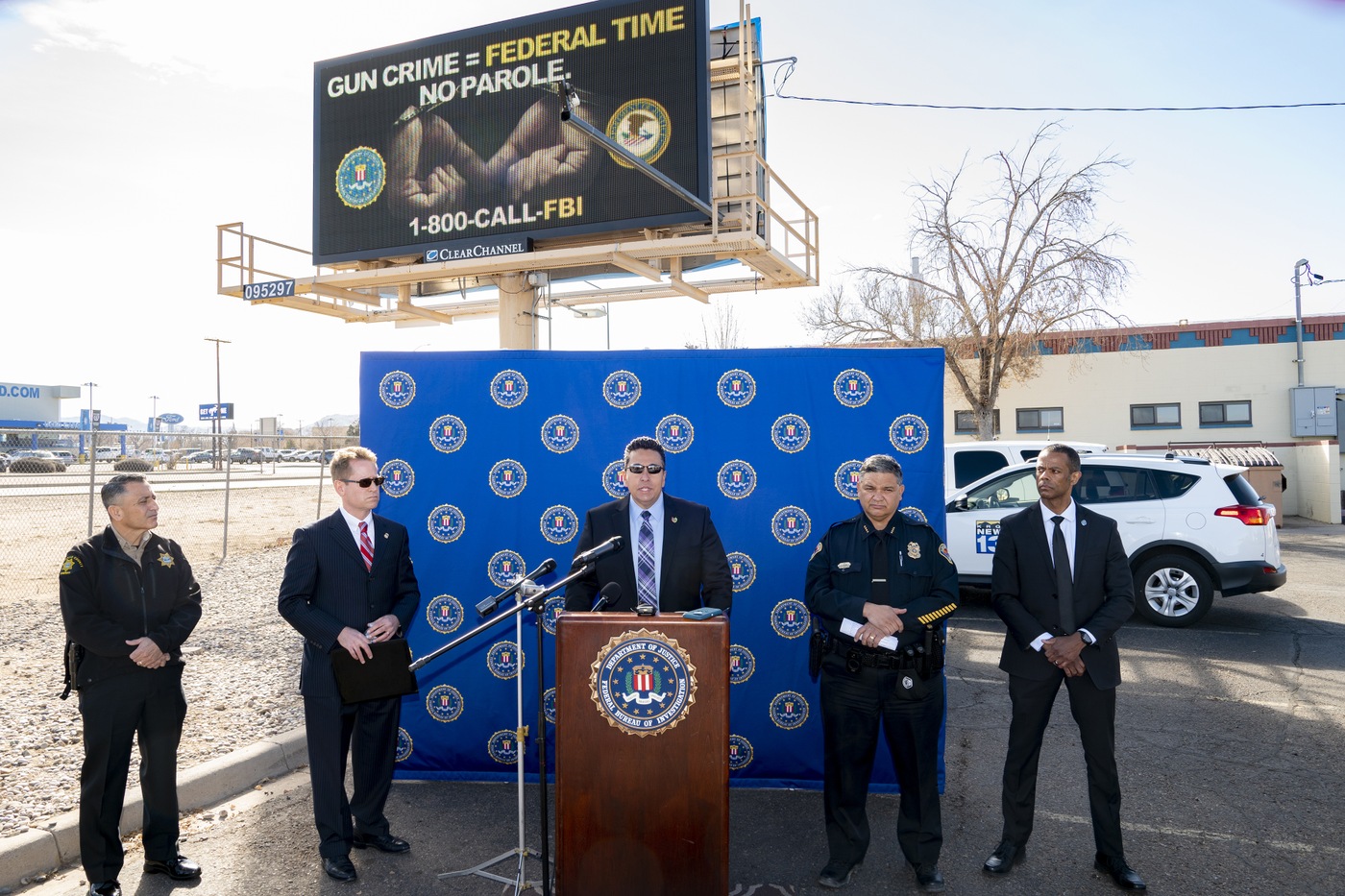