The bad news: Violent crime isn't restricted to one part of New Mexico.

The good news: Neither are FBI investigations.

An FBI billboard campaign begun in Albuquerque that warns violent criminals they will be targeted for federal investigation and prosecution has expanded to Las Cruces.

Under a pair of hands in handcuffs is the FBI’s toll-free number to call in tips about violent crime: 1-800-CALL-FBI.

The FBI, joined by the U.S. Attorney’s Office and other federal, state, and local partners, announced the campaign during a news conference in Albuquerque on February 15, 2022.

Three digital billboards in Albuquerque will carry the message for 12 weeks.

“Unfortunately, violent crime is not restricted to one city or one area of New Mexico,” Special Agent in Charge Raul Bujanda of the Albuquerque FBI Division said. “The good news is federal investigations aren't, either. The FBI and our partners are putting repeat violent criminals on notice: We will do everything we can to see you are considered for federal prosecution and sent away to a prison far from the communities you have victimized.”

The FBI thanks Clear Channel Outdoor and Lamar Advertising for their assistance with this campaign.

To make responding to crime in New Mexico faster and more effective, the FBI has offices in Albuquerque and Las Cruces, as well as Santa Fe, Farmington, Gallup, and Roswell. 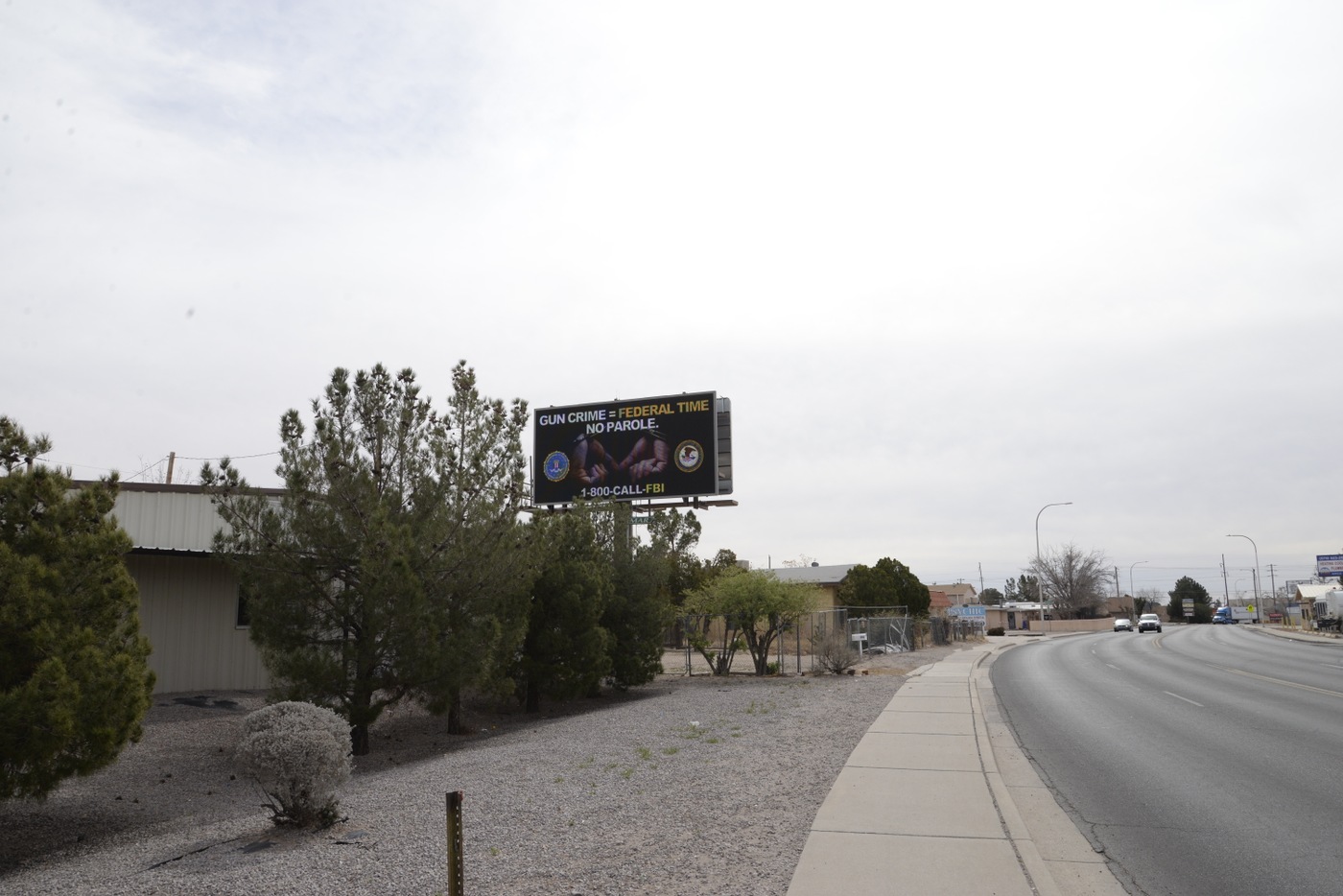