If you weren’t able to make Coffee with a Cop, FBI Edition, when it debuted in Albuquerque in December, you’ll have another chance this week.

FBI representatives will drop in at an Albuquerque coffee shop to answer the public’s questions about special agent and other careers on Thursday, February 17.

This networking and informational opportunity will be from noon to 2 p.m. at Piñon Coffee House, 5222 4th Street NW, in Albuquerque.

“Many people dream of becoming an FBI special agent, but unfortunately for them and for us, that’s as far as it goes,” Special Agent in Charge Raul Bujanda of the Albuquerque FBI Division said.

“We started these informal meet-and-greets to give the public a chance to get to know us as their neighbors while enjoying a cup of coffee. We hope anyone who has ever thought of becoming a special agent or applying for other jobs in the FBI will come by and see if this is the day to start a new career,” SAC Bujanda said.

The FBI appreciates Piñon Coffee House for allowing us to hold this event at their location.

Plans are in the works to offer Coffee with a Cop, FBI Edition, at other locations in New Mexico. Details to follow.

Information about FBI careers and how to apply can be found at fbijobs.gov. 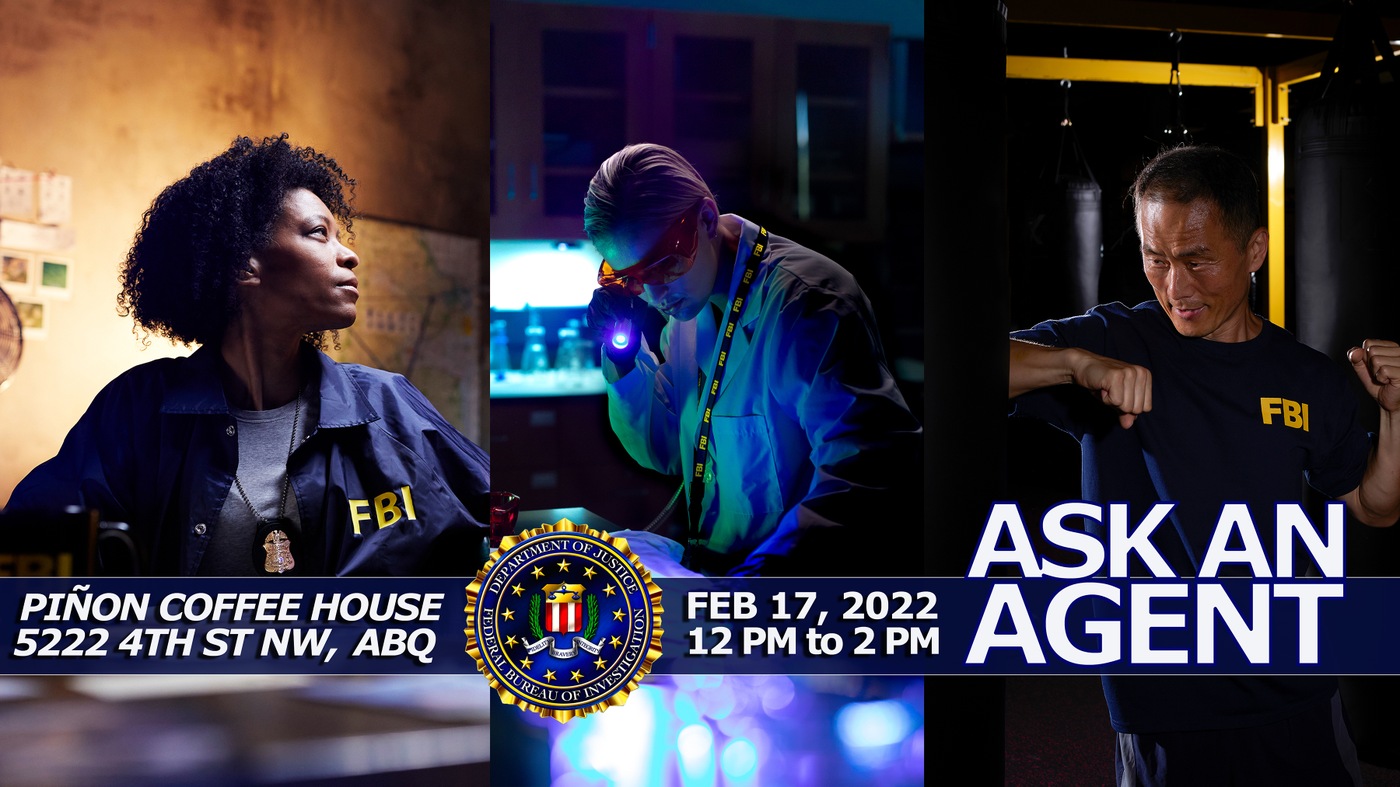