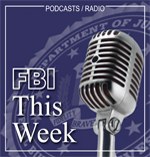 An FBI division responsible for one of the most well-known civil rights cases marks the 50th anniversary of its re-opening.

Mollie Halpern: An FBI division responsible for one of the most well-known civil rights cases marks the 50th anniversary of its re-opening. I’m Mollie Halpern with FBI, This Week.

The Jackson, Mississippi Field Office was re-established after the disappearance and murders of three civil rights workers back in July of 1964. The building is named after the victims and the special agent in charge, or SAC, of the division. Current SAC Daniel McMullen…

Daniel McMullen: This is the first time in FBI history that one of our offices has actually been named after victims of a crime.

Halpern: The investigation into these men’s deaths was called Mississippi Burning. It remains part of the FBI’s Civil Rights Cold Case Initiative which identifies racially motivated crimes from the civil rights era. Mississippi has the largest number of these types of cases in the country.

McMullen: We do have some examples where justice was delayed, but it was not denied—and that’s what this initiative is really about.

Halpern: To learn more about the FBI and civil rights visit www.fbi.gov.