$1 Million for Whitey Bulger - I

$1 Million for Whitey Bulger - I 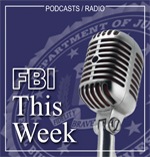 Here's one of the most dangerous men in the world, James 'Whitey' Bulger.

Mr. Schiff: Here's one of the most dangerous men in the world, James 'Whitey' Bulger. He's on the FBI's Top Ten list and there's a $1 million reward for information leading to his arrest…

Whitey Bulger: "Boy the cough medicine was strong. (Whistles) Did he have trouble after he takes this? Little bit, not bad. That stuff it's devastating wasn't it? I'm gonna see if my brother, Jackie, wants any, still sick, you know. All right. I'll see you in 15. Bye."

Mr. Schiff: These recordings were made before Bulger, wanted on murder and other charges, was a fugitive…

Mr. Schiff: Whitey Bulger's wanted flyer is on the Internet at fbi.gov. I'm Neal Schiff of the Bureau and that's what's happening at the "FBI, This Week."