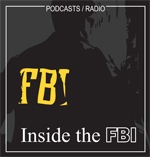 Discussion of the FBI’s Behavioral Science Unit and the analyses, reports and studies this entity conducts on behalf of the FBI and its partners.

Mr. Schiff: Hello I’m Neal Schiff and welcome to Inside the FBI, a weekly podcast about news, cases, and operations. We return to the Behavioral Science Unit located in the FBI’s Training Division at the FBI Academy, Quantico, Virginia. The unit chief is Supervisory Special Agent Dr. Greg Vecchi. Last week he talked about the history of the unit and how it looks at criminology, psychology, and more. Lots of analysis and many reports and studies are conducted, and we asked Dr. Vecchi: Who are the customers, and how do these projects help?

Dr. Vecchi: “Well, to answer the customer question, first off—we are all about doing something that can help the law enforcement officer, the military person, or the intel agent do their job. Because we support law enforcement, but most recently we moved into the national security area for the first time, and now we are supporting the military because the FBI is embedded in the military overseas in Afghanistan and Iraq. So we have a need for that. And also, we are working with our intel partners in the intelligence community. So, those are three major clients that we that we serve, primarily law enforcement, of course.

The question that we ask is, before we do any research is, how is this going to help that person do their job on the street? So we stick strictly to applied research. We reach out to our customers and reach out to our clients to try to develop the need. We try to avoid dictating what should be researched. We go to the field. This is why we try to help out cases and try to stay connected.

Our National Academy brings in basically the heartbeat of what’s going on—the pulse of what’s going on in the street. So we've always got good understanding and a good handle of the real problems that our clients and police are experiencing out there. And then we work with them, and with academic institutions, as well as other subject matter experts, to come up with research that is applied and will help them better do their job.

In terms of some of the research that we're doing now, we of course still maintain, I guess, our bread and butter, which is what we are known for—research in the area violent crime, death investigations, and aberrant behavior, are some examples.

Mr. Schiff: Dr. Vecchi says there are other areas under study as well.

Dr. Vecchi: “Another staple that we've done for years is stress management and suicide prevention and intervention. That's another area that we focus on. We also do research on futures topics.

And what I mean by that, is looking at changes of patterns in behavior; looking at, you know, what is this going to look like in five or 10 years? What are the changes? I’ll give you an example. One of the examples I can give you would be school shootings. School shootings before Columbine in 1999 were handled by a 'contain and wait' approach. And what that meant is that the police would, you know, build their perimeter, have a perimeter, just kind of contain it and wait. Well, with Columbine and the changes in behavior that that brought, as far as a school shooter, that required what we call an 'active shooter,' or a very active response, because if you contain and wait, then people will die because you got the kids in there with the guns. Then that was changed after Columbine to active shooter, and that’s been the mentality that’s been used to actually go in after the subject, or after the offender, to prevent further violence.

All of this has traditionally been based on the assumption that the school shooter is a student or a former student or has some connection with the school, that they feel disenfranchised, that they feel that they were bullied or that someone did them wrong, and we see that a lot. But in 2006, in Pennsylvania, when they had the Amish shooting...here we had an individual who was a male, white male, who was a family man. He had no connection to the Amish community. He let his children off, kissed them goodbye at another school. He came to the one-room schoolhouse; he took all the little boys and girls hostage; let the boys go and systematically executed the girls and killed himself in the process.

Futures will look at, why does that happen? What’s the change? What’s the change in pattern? And so we are doing a lot of stuff on the futures. This year we are looking at cyber-bullying, which is an area that is occurring that really has not been addressed.

We are looking at the terrorist mindsets, also. One of the very interesting things that we do in a terrorist mindset is that we invite former activists—Klu Klux Klan members, Earth Liberation Front, Animal Liberation Front, Weather Underground—to come in and speak to the students, tell us about what they were like, how these people think, so we can better understand their motivation. So we are using that as a basis for a lot of our research.

Mr. Schiff: Hostage takers is another area under the microscope at Dr. Vecchi’s unit.

Dr. Vecchi: “We’ve interviewed and studied serial killers, serial rapists, and cop killers, and arsonists, and spies, and pretty much everyone else you can think of, but we haven’t done anything with hostage takers or the kidnappers. And because of the influx of the violence at the Mexican border, we’ve setup some global hostage taking research where we are working with the Department of Defense and some other academic institutions and law enforcement to put together vetted protocols. And we are going to be going to all these different jails talking to hostage takers worldwide. That’s probably one of the biggest projects we have going. We have some information, or some projects in research in communication exploitation. Looking at statement analysis, looking at cycle linguistics, word counts, content analysis for both verbal and non-verbal communication. That’s just some of the highlights.

Mr. Schiff: Here is an idea—a museum about the minds of criminals. Dr. Vecchi is working on it.

Dr. Vecchi: “One of the most exciting research projects that we have, is we’ve have started what we have labeled the 'Evil Minds Research Museum.' And what this is, this is actually a research museum where we are collecting serial killer and other offender artifacts.

And so these artifacts are like paintings, John Wayne Gacey paintings. Paintings that he was the Killer Clown back in Chicago several decades back, who would kill men and boys, and he would dismember their bodies and put them under his floor board. Well, after he was caught, well, he turned out to be a so-called killer of the community, and he would dress up as a clown and do gigs doing clown stuff for the kids. And so he would draw pictures or paint pictures of clowns, and he had clown paintings in the room where he dismembered the bodies. And he had clown paintings that he did after he got arrested and when he was basically on death row.

And so we got those paintings and we are studying those paintings. We want to look at the brush strokes. We want to look at what drives him, what changes, because the pictures are completely different. Before he was arrested, for instance, the clowns were Flippo the Clown, very happy clowns, very colorful; afterwards his paintings were very dark. It was basically a skeleton or a skull dressed up or painted up to be a clown.

We’ve have got thousands and thousands of pages of correspondence between a number of serial killers. Richard Ramirez, the night stalker. We’ve got Keith Hunter Jesperson, another famous serial killer, his complete manifesto of why he killed, written in his own handwriting. We have greeting cards, we have photos, we have serial killer art. But the museum itself, and here is where the value of it is, for the most part, almost all of the research of law enforcement is usually done interacting with the subject rather through an investigation, or, in what we do, more of a research-type of approach, where we would sit down with protocols and interview them like we do with the serial killers, or like we are doing with the hostage takers now. This is stuff that is taken out of their most personal possessions. Things that were not taken as law enforcement, but were taken on search warrants, or provided, maybe after they were executed, by their family. And so it gives a completely different perspective of their mindset—where they are coming from because this is correspondence to themselves, correspondence between them and their loved ones—their mother, their father—correspondence between them and other serial killers, and even correspondence between them and the many groupies that write to them and develop a relationship as a pen pal. And so this is a very exciting research, this research museum, where we are looking at their motivation and try to understand them from a perspective that, as far as we know, has never been undertaken.”

Mr. Schiff: There’s more. Check back with us. In an upcoming edition of Inside the FBI, Dr. Vecchi talks about how all this helps the police officer, the FBI agent, on the streets of our country, gathering intelligence, finding terrorists, and chasing criminals, and solving crimes. More on the Behavioral Science Unit at www.fbi.gov . That’s our show for this week. Thanks for listening. I’m Neal Schiff of the FBI’s Office of Public Affairs