Maria Describes Her Route to the FBI

Maria Describes Her Route to the FBI 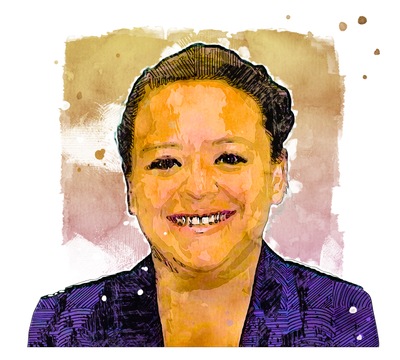 Intelligence analyst Maria explains how 9/11 drove her to pursue a career with with the FBI.

On 9/11, 2001, I was about 12 years old. So I was in middle school; I can’t remember exactly what grade. But I do very clearly remember my English teacher receiving a phone call. Then after the phone call, she kind of got up from her desk and walked toward the TV. And she turned on the news.

And I just remember—oh my gosh, I’m so sorry. I just remember just watching the news and seeing what was happening. And I think—I’m not even really sure why I’m getting so emotional—but basically, I think my first emotion was fear.

I kept seeing these buildings collapse. I think right before the teacher turned off the TV, I also—or we also as a class—caught a glimpse of desperate individuals just jumping out of these buildings trying to escape from what was happening. I honestly, as a 12-year-old, I did not know how to make sense of it.

My parents immigrated to this country from Mexico, and we lived in Texas. Most of my childhood, we didn’t really travel much around the United States except for back to Mexico to visit our family. And so I wasn’t aware, at 12 years old, that the twin towers were in New York City. And to be honest with you, if you had told me that they were near New York City, I probably wouldn’t be able to tell you, as a 12-year-old me, how far that was from Dallas, where we were.

Obviously as I grew older, and every year as we commemorate the events of 9/11 and the lives lost, I was able to understand that that was miles and miles away from me.

Fortunately for me, I didn’t lose any family members in that event. However, that fear, it was definitely real. Just by me getting emotional now, you can tell that it kind of sticks with you, that feeling. I think 9/11 definitely impacted as I grew the career path I wanted to take. Mainly because years later I did move to New York City in 2010, to go to college. And once I was in New York City, I was able to go to the 9/11 Memorial, and it became that much more real.

So I think as I determined my career path and I decided what I wanted to do, that fear and those feelings that I felt on that day, were definitely in the back of my mind. In hopes to make sure that, in any way that I could, help those things, prevent them from happening, so that no other middle-schooler had to witness that and feel scared that maybe they had a loved one that was in an event like that.