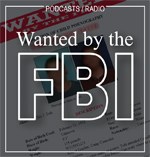 The FBI is offering a reward of up to $10,000 in a dozen cities for information that leads to the arrest of a person aiming a laser at an aircraft.

Mollie Halpern: The FBI is offering a reward of up to $10,000 in a dozen cities for information that leads to the arrest of a person aiming a laser at an aircraft.

John Kitzinger: This is a first-of-its-kind pilot project...

Halpern: I’m Mollie Halpern of the Bureau, and this is Wanted by the FBI. In 2013, the number of handheld laser strikes against aircrafts hit a record number—nearly 4,000 incidents. Lasing is a threat to aviation safety; it can temporarily blind pilots and endanger lives on board and on the ground. John Kitzinger is the chief of the Violent Crimes Unit.

Kitzinger: We are asking the public’s assistance to be good citizens and to report someone engaged in this type of behavior in an effort to decrease these incidents so we can avoid a catastrophe.

Halpern: People of all ages commit the crime—including teenagers who do it for fun.

Kitzinger: If you think this is a prank, I can assure you that it is not. This is a felony—a federal crime—for which you can be placed in federal prison for up to five years.