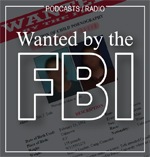 Mr. Schiff: Hi. This is Wanted By the FBI from the FBI. This week we focus on the worldwide manhunt for John Doe 17.

Ms. McNeill: “What we do is it’s about basically rescuing children who are being sexually exploited.”

John Doe 17: “That way we can see how the suit needs to fit you. See, if we take…if he takes those pictures [background voice] then he can see what the suit needs to look like. [Background noise] All right, let me put it over your head and you can put your arm... Now, remember this is his... Looks like it will be nice and cool in the summertime, though.”

Mr. Schiff: At www.fbi.gov go to the Seeking Information area and you can see video and hear John Doe 17. That’s Wanted By the FBI for this week. I’m Neal Schiff of the Bureau’s Office of Public Affairs.