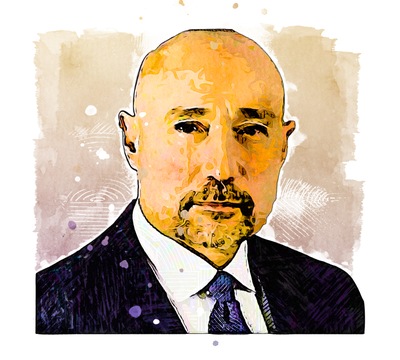 Special Agent J.P., assigned to the Washington Field Office Joint Terrorism Task Force, was one of three on-scene commanders at the Pentagon.

At the time they gave us was it's eight minutes out. So you could hear a pin drop in that command post.

A lot of emotions. You could hear a lot of sobbing.

It was just agents who you see every day that you see for the first time really just quite emotional and taking and putting your arm around them, telling them to stay at their seats, telling them to, uh, task at hand.

Meanwhile we see the towers crumbling.

And it was quite an emotional scene. It really was.

And that final aircraft coming out. I was looking at our aviation coordinator, our airport liaison officer. He was on the phone with FAA.

So him and I are just staring at each other, just counting down.

The eight-minute mark comes up. Nothing happens. And we just don't know where this aircraft is.

It was, that's pretty vivid in my memory, as to, again, you could hear a pin drop in a command post that would be normally just chaotic noise.

And then we learned that it had went down somewhere; we weren't sure where at the time.