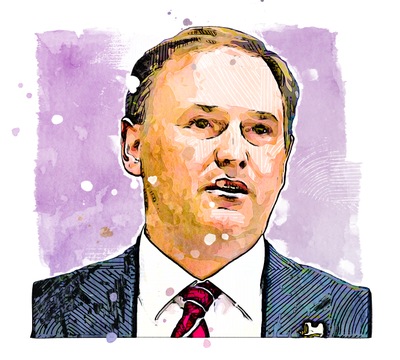 Special Agent C.C. was the assistant weapons of mass destruction coordinator on the National Capital Response Squad out of the Washington Field Office at the time. He set up the first FBI command post at the Pentagon and was the first on-scene commander.

Sunday, before 9/11, we actually had a drill with all the area fire departments, police departments and the FBI on a terrorist attack.

So on Sunday we were all together going through an exercise of a terrorist attack. And then on Tuesday we actually had a real attack.

That day started, I was conducting training for all the area fire departments. So we were all together at the D.C. fire academy when events started on 9/11.

I was actually in the middle of teaching the class and one of the firefighters stopped the class and said, "Hey, I just got a page from my wife and a plane hit the World Trade Center in New York."

I stopped at my house to get all of my go-bags, all my deployment bags, thinking I'm going to new York for weeks. Who knows when we're coming back.

So I stopped. I grabbed my bags. And when I got back into my FBI cruiser; we monitor the local police frequencies here, and I heard a local D.C. police unit come in and say they had a priority message, which means it's an urgent, which means all communication stops.

It usually means an officer is in distress.

So, I can remember it very clearly. The dispatch came back and said, "Go ahead with your priority."

And the cop said, "I don't know what just happened, but I just saw the Pentagon explode."