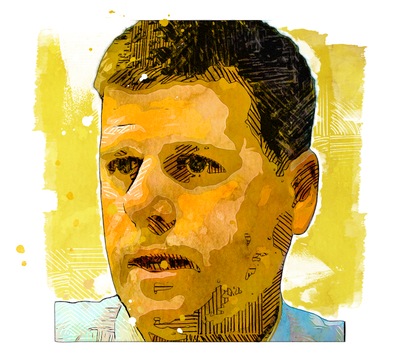 Special Agent B.C. was the media representative for the Pittsburgh Field Office. He was on site the day after the event and stayed until the FBI turned the scene over to the county coroner.

Where the plane impacted in Shanksville, it was in a very rural area and actually as I got through each layer it was pretty crowded. It was almost like, you know, different levels, layers that you were going through.

And when I finally got to the location where we had secured as a law enforcement area to work out of, there was a bluff, a small little area that you could overlook the crash site from.

And I remember walking up there and looking down and it was very peaceful. It was very quiet.

And the only thing you saw at the site were people just really surveying it. And there wasn't anything being done at the time; it was just people walking around measuring it.

And it was a very, it was very, very strange to me. It looked to me like a--it just looked like a place that needed to be picked up. And it was hard to believe that a plane had crashed there.

During the time that the families were there, we at that point had large equipment down there working on the site.

And the decision was made to halt any work that was being done down there.

And then the members of the Evidence Response Teams just stood at attention while the families were up there.

They wanted to show some respect for the families and not have them working on the scene while they were there.