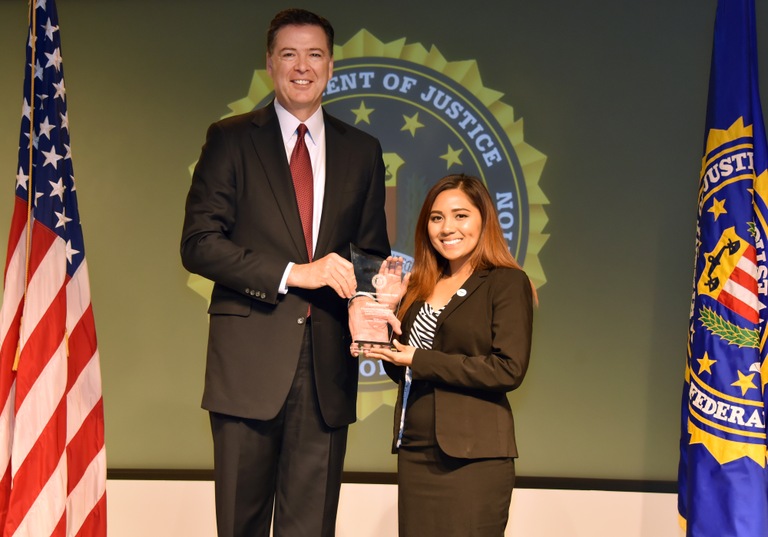 The Honolulu Division honors Project Foresight, a non-profit organization formed by students at the University of Guam following their completion of an assignment researching the complex challenges of social media abuse as a driver of criminal conduct. The students conducted a series of polls to determine how young people think and make decisions about social media, then produced public service announcements addressing the issues that aired before movies and on television and radio stations. When the semester ended, the students continued their work by creating Project Foresight.

In a ceremony at FBI Headquarters on April 28, 2017, Director James B. Comey recognized the recipients of the 2016 Director’s Community Leadership Award. These leaders, selected by their area FBI field office, have demonstrated outstanding contributions to their local communities through service. The FBI is grateful for the work of each of these individuals and organizations on behalf of their communities.

“This year’s honorees have distinguished themselves in remarkable ways through their hard work, their leadership, and their strength of character," said Director Comey. “Time and again, today's award recipients have put others before themselves.”