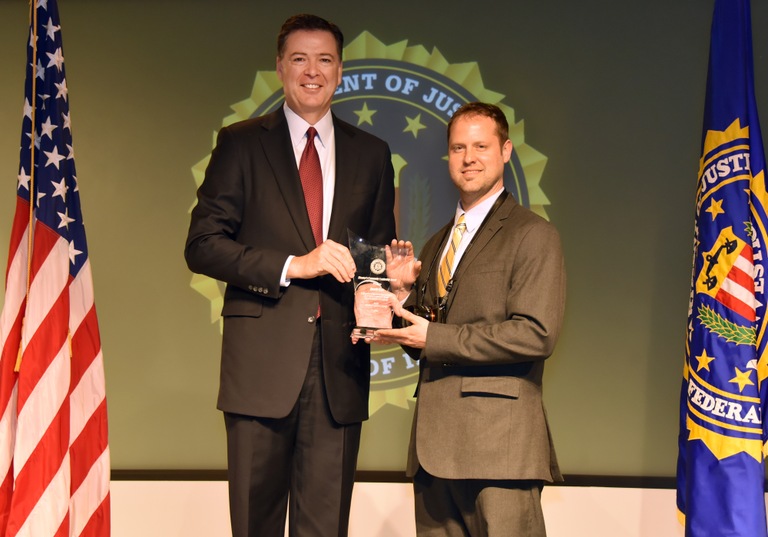 The Buffalo Division honors Derek Gee, a photojournalist who initiated, researched, and photographed From Burma to Buffalo, an eight-part series in The Buffalo News about the thousands of Burmese refugees who now call the city their home. Through this series, Mr. Gee gave a voice to the more than 4,000 refugees who have settled in the area and provided cultural awareness and understanding, thereby helping to protect the civil rights of the Burmese population.

In a ceremony at FBI Headquarters on April 28, 2017, Director James B. Comey recognized the recipients of the 2016 Director’s Community Leadership Award. These leaders, selected by their area FBI field office, have demonstrated outstanding contributions to their local communities through service. The FBI is grateful for the work of each of these individuals and organizations on behalf of their communities.

“This year’s honorees have distinguished themselves in remarkable ways through their hard work, their leadership, and their strength of character," said Director Comey. “Time and again, today's award recipients have put others before themselves.”